Faith and Fire: The Story of Saint Florian

This Is Why We Stand: Sergeant William Carney.

“Boys, I only did my duty. The flag never touched the ground.” Those were the unforgettable words of Sergeant William Carney. Carney was a member of the 54th Massachusetts Colored Infantry’s C Company during the American Civil War. After President Lincoln issued the Emancipation Proclamation, African Americans had the opportunity to volunteer to serve in the Union Army. Carney was among these men. The first test of the war for Carney and the 54th came as they led an assault o 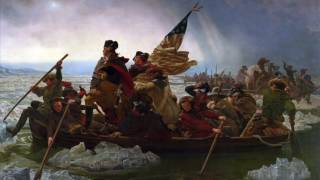 This Is Why We Stand: George Washington Crossing The Delaware River.

More than two-thirds of U.S. Presidents did some form of military service before becoming commander in chief. That pattern of fulfillment to duty all started with our very first President, George Washington. Today we honor the father of our nation, and the eternal legacy he left behind. There is perhaps no greater image of American courage and determination than that of George Washington and the Continental Army crossing the frigid Delaware River on December 25, 1776. The fig 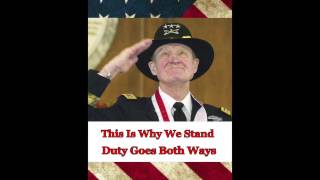 This Is Why We Stand: Hal Moore At The Battle of Ia Drang.

“When we go into combat, I will be the first man on the ground, and the last man out, and I will leave no man behind.” As we reflect on the passing of Lieutenant General Harold Moore, we must never forget the words that he lived by. Moore was in command of the 1st battalion, 7th Cavalry Regiment of the United States Army, at the Battle of la Drang in 1965. It was the first major battle between American forces and the North Vietnamese Army during the Vietnam War. During the in 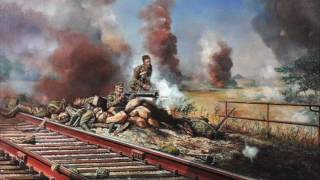 This Is Why We Stand: Lieutenant Maurice Dease & Private Sidney Godley.

We have never been alone in the fight to build a better world. Lieutenant Maurice Dease and Private Sidney Godley are a reminder of that. Both men served in the Royal Fusiliers of the British Army during World War I. Dease and Godley were part of the original British Expeditionary Force that mobilized at the start of World War I. During that fateful month of August, 1914, the British faced the Germans for the first time at the Battle of Mons. 70,000 British troops were outnum