80 Years of Infamy: The Heroes of Pearl Harbor

Columbus the Hero: Understanding the Man and His Mission

Featured above is the monument to Reverend Father William Corby on Hancock Avenue near the George Weickert Farm in Gettysburg, Pennsylvania. Father Corby was the chaplain to the 88th New York Infantry of the famed Irish Brigade. On July 2, 1863, Corby stood on this rock, giving blessings and final absolution to the men of the Irish Brigade before they launched an attack on the Wheatfield to help rescue the Union’s crumbling flank during the Battle of Gettysburg. Father Corby

Gettysburg: Castle at Little Round Top

There are nearly 1,400 statues, sculptures, markers, and tablets on Gettysburg National Military Park. After writing about my return to the infamous battlefield, it’s time to dig in and start writing about the stunning structures here that tell the story of the battle. Little Round Top is one of the most popular areas to visit on the Gettysburg Battlefield. This position featured some of the most important fighting of the entire three-day battle. Pictured above is the monumen

My Return to Gettysburg

154 years ago, our country's future was decided on the fields of Gettysburg, Pennsylvania. From July 1-3, 1863, 160,000 men fought against each other in perhaps the most important battle in American history. By its end, the Union and Confederacy suffered 51,000 combined casualties. Gettysburg was the bloodiest battle of the American Civil War. John Bachelder arrived in Gettysburg a few days after the armies left. He was fascinated by the engagement and stayed in Gettysburg fo

In my heart, I believe that our fallen heroes will live on forever through the American flag. Old Glory is not just a piece of cloth; it is the final resting place of memories that are dedicated to Americans of every creed and background that have sacrificed for our nation. Until I take my last breath on this earth, I will stand to honor the flag and continue to tell the stories of those who have defended it. As I prepare for my trip to the site of the bloodiest battle in Ame

“I only regret that I have but one life to lose for my country.” Legend holds that those were the final words of an American patriot named Nathan Hale before he was executed by the British on September 22, 1776. Hale was a graduate of Yale University and a Connecticut schoolteacher. Above all, he was a dedicated soldier in the Continental Army during the American Revolution. A statue of Hale at his Alma Mater of Yale. (Photo: commons.wikimedia.org) Five of Hale’s brothers fou

U.S. Army Veteran Gary M. Rose to be Awarded the Medal of Honor

47 years after going above and beyond the call of duty during a covert four-day mission in the Vietnam War, retired Army Captain Gary M. Rose will be awarded the United States military’s highest decoration. On October 23, 2017, Rose will be presented the Medal of Honor by President Donald J. Trump in a ceremony at the White House. Rose was originally awarded the Distinguished Service Cross just four months after conducting a Special Forces mission “in which he survived bullet

I want to wish a very happy belated 70th birthday to the United States Air Force. As conflicts have changed over time, American airpower has helped to save countless lives and has contributed greatly to our military might. The photo slideshow below includes some stunning images of the Air Force in action. All photos courtesy of the U.S. Air Force. Each image is available for download and can be accessed through the following hyperlinks: Image one, Image two, Image three, Imag 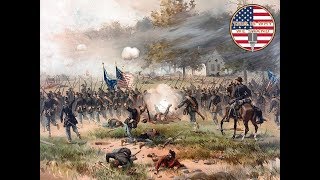 The Battle of Antietam

On September 17, 1862, the first battle of the American Civil War to take place on northern soil was fought near Antietam Creek in Sharpsburg, Maryland. This engagement between Generals Robert E. Lee and George B. McClellan’s forces turned into the bloodiest day in American military history with more than 22, 000 casualties across both sides. To put that into perspective, that’s around four times the American casualties that were suffered on D-Day in the Second World War. In

September 15, 2017 is National POW/MIA Recognition Day. On this date of observance, we remember all American prisoners of war and service members missing in action. Our country owes its life to the sacrifices made by our Armed Forces members, especially those who have never returned home. This video from the U.S. Department of Defense details the meaning behind National POW/MIA Recognition Day. According to the Defense POW/MIA Accounting Agency “more than 83,000 Americans rem

On September 14, 1847, the Stars and Stripes flew over a foreign capital for the first time in American history. After winning the last major battle of the Mexican-American War, U.S. General Winfield Scott marched his army into Mexico City and raised the American flag over the Mexican National Palace on the site of the “Halls of Montezuma.” This would later be celebrated in the famous Marines’ Hymn. General Winfield Scott's grand entrance into Mexico City. (Photo: legendsofam
1
2