80 Years of Infamy: The Heroes of Pearl Harbor

Columbus the Hero: Understanding the Man and His Mission

The Old Flag Never Touched the Ground: William Carney at the Battle of Fort Wagner

Happy birthday to a remarkable hero of the American Civil War, Sergeant William Harvey Carney, born on February 29, 1840 in Norfolk, Virginia. Born into slavery, Carney rose up and escaped enslavement as a young man on the Underground Railroad. He made his way to Massachusetts, where he joined the rest of his family and later signed up to fight for the Union in 1863. Carney’s unit was the storied 54th Massachusetts Volunteer Infantry Regiment, which was the first military uni

Cooper Union Address: The Speech that Made Abraham Lincoln President

On Monday, February 27, 1860, Abraham Lincoln stood before an audience composed of some of the most influential Republicans in the United States at Cooper Union, a free school for the working class in New York City. On the horizon was the pivotal 1860 Republican Convention. Before this moment in the Great Hall at Cooper Union, Lincoln was not projected as the front-runner for the Republican presidential nomination, but after his speech, he was destined to be his party’s candi

The Union Finds a Hero: Ulysses S. Grant and the Capture of Fort Donelson

The dawning of the year 1862 found President Abraham Lincoln and the Northern people in a state of grave despondency. Since suffering a painful defeat in the first major battle of the Civil War at Manassas, Virginia earlier that summer, Southern arms had continued to maintain an edge of superiority over their Federal adversaries. To make matters worse, the leading Union commanders seemed frozen in inaction, displaying a lack of urgency in marching out to meet the enemy on the

Five days after setting foot on the black volcanic sands of Iwo Jima, the Marines had battled their way atop 556 foot Mount Suribachi. On Friday, February 23, 1945, a 40-man combat patrol from the 2nd Battalion, 28th Marines, under 1st Lt. Harold G. Schrier became the first American patrol to reach Suribachi’s summit, which was Iwo Jima’s highest peak. Before ascending to the top, Schrier had been handed an American flag from his battalion’s adjutant. He was told, “If you get

If one battle epitomized the horrific nature of combat in the First World War, it was the titanic struggle between France and Germany over the ancient fortress city of Verdun on the Meuse River. Verdun occupied a crucial point along the Allied line on the Western Front and held tremendous historic significance to the French people, making it the perfect target for chief of the German General Staff, Erich von Falkenhayn. By unleashing a million-man army against Verdun, Falkenh 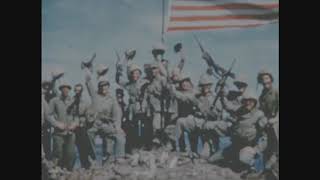 The 75th Anniversary of the Battle for Iwo Jima

On February 19, 1945, wave after wave of U.S. Marines poured out of their landing craft and set foot on the black sands of Iwo Jima. Sitting 660 miles south of Tokyo, the capture of this small volcanic island would provide the Americans with a vital air base for fighter escorts and bombers conducting long range missions against the Japanese mainland. In the months before the Marines launched their amphibious assault, Iwo Jima was pummeled by Allied aircraft and naval vessels,

Masters of Leadership and Command: Three Lessons to Learn From Washington, Grant, and Eisenhower

George Washington, Ulysses S. Grant, and Dwight D. Eisenhower helped lead the United States to victory in three of the most significant conflicts in American history. War was the ultimate test for these three generals and future presidents. By owning the hour of adversity, never turning back or stopping until the mission was accomplished, and inspiring confidence and courage in other people, each of them mastered the art of leadership and command. By studying the special qual 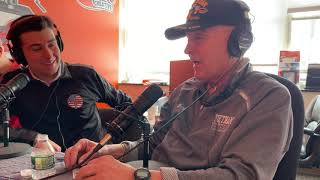 From Gettysburg to Vietnam: This Is Why We Stand with Thomas J. Giorgi

Vietnam War veteran and Silver Star recipient Thomas J. Giorgi makes his usual appearance on the latest episode of This Is Why We Stand on Westchester Talk Radio. On this program, Giorgi reflects on the historical connections between the battle he fought in Vietnam on July 3, 1966 and the pivotal clash between the Blue and the Gray during the Battle of Gettysburg on July 3, 1863. He also shares how hard it was to say goodbye to his family before shipping out to Vietnam and mu

From Homicide to Hollywood: The Story of Korean War Veteran Randy Jurgensen

It was an honor to have Korean War veteran Randy Jurgensen back on the latest episode of This Is Why We Stand on Westchester Talk Radio. For his service in Korea, Randy was awarded three Bronze Stars and received the Purple Heart. He went on to serve and protect for 20 years in the NYPD. After his time solving crimes as a detective, Randy embarked on a successful film career, producing and appearing in 50+ films and television shows. On this program, Randy shares unforgettabl

On February 3, 1943, the American troop transport ship, USAT Dorchester had almost completed its north Atlantic journey from St. John’s, Newfoundland to a base in Greenland. One of three ships in convoy SG 19, the Dorchester carried around 900 soldiers, seamen, and civilian workers. In constant danger of falling prey to German U-boats, the journey across the Atlantic’s icy waters had not been easy. Even now, an enemy submarine was stalking the Dorchester. The evening before,