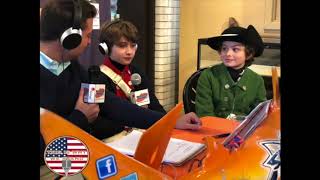 Entrenched on the heights behind the town of Fredericksburg, Virginia, General Robert E. Lee’s Army of Northern Virginia, consisting of over 70,000 soldiers, held excellent ground to fight a defensive battle against Major General Ambrose Burnside’s 120,000-strong Army of the Potomac. On December 13, 1862, Burnside sent one wing of his army to attack the Confederate right commanded by Lieutenant General Thomas “Stonewall” Jackson on Prospect Hill and another wing to strike the 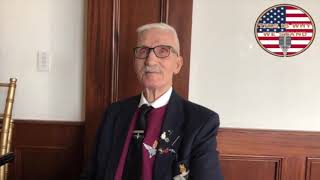 At the 2018 Bastogne Banquet at the Thayer Hotel on the grounds of West Point, I had the great honor of spending some time with two incredible British Army veterans, Richard Neale and David Scott. Both men served as paratroopers at different times and they were generous enough to sit down and recount their experiences. I can’t thank these men enough for their service and for sharing their knowledge with me. Richard Neale David Scott

December 7, 1941 will forever be “a date which will live in infamy,” as President Franklin D. Roosevelt famously said. On that fateful Sunday 77 years ago, “the United States of America was suddenly and deliberately attacked by naval and air forces of the empire of Japan.” The Japanese strike against the American naval base at Pearl Harbor on the island of Oahu in Hawaii delivered a crushing blow to the U.S. Pacific Fleet, destroying or damaging nearly 20 vessels, including t 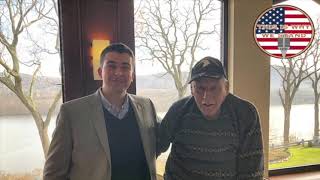 Service With the 101st Airborne: The Story of Robert Fuller During World War II

In this interview, Robert Fuller shares the story of his service with the 101st Airborne during the Second World War. I can't thank this amazing man enough for his service to our country and for giving me the opportunity to spend some time with him. I hope you find the words of this American hero as enlightening as I did.

This Nation Must Not Fail: The Story of Vincent J. Speranza

This nation must not fail. When in battle, Vincent J. Speranza always remembered those words that his father told him and his three brothers. Both of Speranza’s parents came from Italy and his father “continued to say all of his life that America was the most magnificent place in the whole world because there was nowhere else in the world where a man could come here with nothing, only a willingness to work, and build a family,” and although his dad was too old to serve, he ex