The Unbreakable Bull Moose: Theodore Roosevelt, an Assassin, and the Presidential Election of 1912

Ride into Legend: Philip Sheridan at the Battle of Cedar Creek

On the morning of Wednesday, October 19, 1864, Union Major General Philip Sheridan was getting some much-needed rest when he was awoken by a concerned officer at around 7 a.m. The hard-fighting commander had just returned to Winchester, Virginia the previous evening after attending a strategy meeting in Washington D.C. He had hoped to sleep in, but in the midst of his campaign against Confederate Lieutenant General Jubal Early in Virginia’s Shenandoah Valley, there was little

A Promise Kept: The Return of General Douglas MacArthur

The devastating Japanese attack against the American naval base at Pearl Harbor on Sunday, December 7, 1941 was just the beginning of an aggressive onslaught intended to carve out a sprawling empire across the Pacific Ocean. Among Japan’s next targets was the Philippine Islands, which were defended by American and Filipino troops under the command of the legendary General Douglas MacArthur. On December 8, the Japanese unleashed their power and hit the Philippines. Despite the 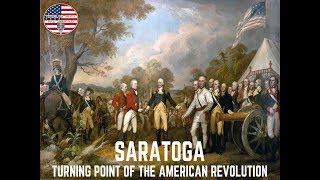 A True American Fight: The Battle of Kings Mountain

The late historian Bruce Catton offered a compelling reminder of the harsh divisions that underlined the American Revolution when he wrote, “For behind the great struggle with the professional armies of Great Britain was the unending struggle between patriot and Loyalist, a civil war just as real and as bitter as the one which broke in 1861.” Long before the blue and the gray battled each other at places like Shiloh and Gettysburg, prior generations of divided Americans fough 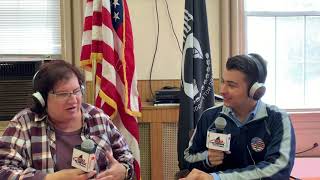 This Is Why We Stand Radio Show: The Marines, Petey the Paratrooper, Army Football, and More

On the latest episode of This Is Why We Stand on Westchester Talk Radio, I was honored to be joined by U.S. Marine Corps veterans Gail Goodson and Andrea Molina, Vietnam War veteran and author Ronny Ymbras, and Army football reporter Ken Kraetzer. I thank all of these great guests for sharing their wisdom and I hope you enjoy the show! Gail Goodson on her service as a Marine and her work with Hudson Valley Honor Flight. Andrea Molina on her service in the U.S. Marine Corps an

Rick Rescorla: A Hero on the Battlefield and Beyond

At every stage of life, whether on the battlefield or beyond, the true warrior remains forever guided by the virtue of selflessness. For the true warrior, selflessness means putting the lives of others before your own. The acceptance of this sacred tenet sparks the rise of the true warrior whenever intrepidity is required. On September 11, 2001, a true warrior rose to heroic heights and guided the way forward for over two thousand people during the darkest hour of their lives