The Christmas Truce of 1914

By December 1914, there were no illusions about the horrors of the First World War. Just months after Europe had been set ablaze by conflict, the constant roar of artillery and the thunderous fire from weapons large and small were becoming a routine part of life for the soldiers huddled in their trenches along the Western Front. Although Europe’s clashing superpowers refused to create any official cease-fire to allow for the celebration of Christmas, when the holiday approach 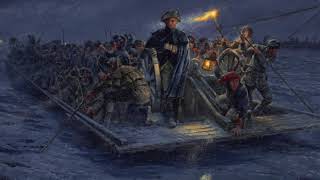 George Washington and the Daring Campaign That Saved the American Revolution

General George Washington’s defeated and dispirited Continental Army was the picture of desperation in December 1776. Conditions in the army were simply miserable. The Commander-in-Chief reported that some of his troops were “so thinly clad as to be unfit for service,” and another officer described his starving comrades as resembling “animated scarecrows.” To make matters worse, the British Crown appeared to be on the brink of victory in the Revolutionary War, causing many to

Adolf Hitler once predicted that the Third Reich would “last a thousand years." By December 1944, however, every day brought Nazi Germany closer to destruction. With American and British forces bearing down on Germany from the west and the Soviet Union closing in from the east, Hitler decided to launch a massive counterattack against the western Allies. By sending three armies composed of nearly 250,000 troops and 1,000 tanks to smash through the Ardennes Forest along the Ger

This Is Why We Stand Radio Show: December 2019 Edition

On the latest episode of This Is Why We Stand on Westchester Talk Radio, I was honored to be joined by U.S. Coast Guard veteran Dr. Michael J. Doria, Vietnam War veterans Thomas J. Giorgi and William Nazario, and Army veteran Victor Gonzalez. I thank all of these guests for sharing their stories with me and I hope you enjoy the show! I also express my sincere gratitude to Andrea Molina, Sherry Toplyn, and everyone from the Family Services of Westchester and the Lanza Family C

On Saturday, December 14, 2019, the Army Black Knights and the Navy Midshipmen will face off on the gridiron for the 120th time. There are many premier matchups in college football, but nothing outshines the historic rivalry between Army and Navy. Army football head coach Jeff Monken has led the Black Knights in five of these heavyweight bouts and describes the matchup as “the greatest rivalry in sports.” His counterpart at Navy, Ken Niumatalolo, is also a veteran of this fie

December 7, 1941 will forever be “a date which will live in infamy,” as President Franklin D. Roosevelt famously said. On that fateful Sunday 78 years ago, “the United States of America was suddenly and deliberately attacked by naval and air forces of the empire of Japan.” The Japanese strike against the American naval base at Pearl Harbor on the island of Oahu in Hawaii delivered a crushing blow to the U.S. Pacific Fleet, destroying or damaging nearly 20 vessels, including t 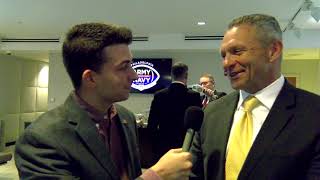 On Saturday, December 14, 2019, the Army Black Knights and the Navy Midshipmen will face off on the gridiron for the 120th time. Army football head coach Jeff Monken is an incredible leader and a man I have gained the most profound respect for while covering his team this season. This week, I had the tremendous honor of interviewing coach Monken about the significance of the Army-Navy rivalry and much more.