To Banish the British: George Washington and the Siege of Boston - Part II

A Frozen Nightmare: The Battle of the Chosin Reservoir

For 30,000 American and United Nations troops at the Chosin Reservoir in North Korea during the winter of 1950, the subzero temperatures they faced were the least of their troubles. Lured into a trap and surrounded by approximately 120,000 communist Chinese soldiers, those who found themselves here were cast into a frigid nightmare where the very limits of human endurance were pushed beyond comprehension. The hour was dark, but through the fighting spirit of the First Marine

From July 1-3, 1863, the fate of America hung in the balance at the crossroads town of Gettysburg, Pennsylvania. Over the course of those three momentous days, General Robert E. Lee and his mighty Army of Northern Virginia came close to achieving a potential war-winning victory in the Civil War. That titanic triumph, however, was not to be for the men in gray. In what was their finest hour of the war, the soldiers of the Army of the Potomac under their brand new commander, Ge

Titans of War: The Five Greatest Generals in American History

Over the course of American history, the United States has been blessed with some of the most remarkable commanders ever to set foot on a battlefield. From the Revolutionary War to the Civil War, World War II, and beyond, many Americans have skillfully led their armies and soldiers, but I believe that George Washington, Winfield Scott, Robert E. Lee, Ulysses S. Grant, and George S. Patton distinguished themselves as our nation’s five greatest generals. They were truly America 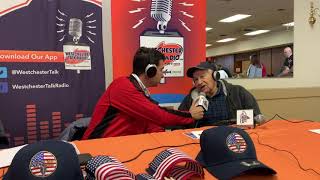 This Is Why We Stand Veterans Day Show

As Americans, we have so very much to be grateful for. Let us never forget that we owe all of the great freedoms we enjoy to the generations of American veterans who have always stood firm, answering the call to serve whenever and wherever our country has needed them. To all who have served and sacrificed, we can never express our gratitude enough. Just as our veterans have always been there for us, we too must always be there to support them. It has been the greatest honor o 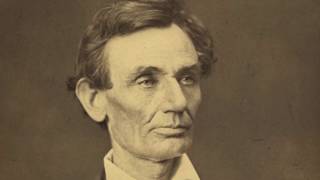 This Is Why We Stand: Moment In History - Abraham Lincoln Elected President

On Tuesday, November 6, 1860, Abraham Lincoln was elected the 16th president of the United States, winning one of the most fateful elections in American history and becoming the first Republican to win the presidency. As Lincoln stood on the steps of the U.S. Capitol during his inauguration on March 4, 1861, seven states from the Deep South had seceded and Jefferson Davis had been named the provisional President of the Confederate States of America. One month later, Confedera